T-14 Not Necessary for BigLaw Jobs 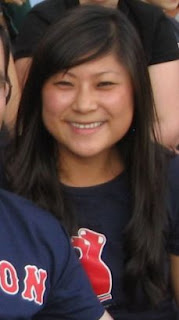 The following is a guest post written by Shirley Li, 2L at Boston College School of Law.
Shirley was one of my law school admission consulting clients when she applied to law school. At the time, she was really upset that her LSAT scores weren’t where she wanted them to be – she worked for a big law firm and everyone she knew went to a top-14 ranked law school. Shirley recently e-mailed me to tell me how much she loves Boston College and how happy she is with her job opportunities. I thought this would be helpful to readers who are struggling with the recent blogosphere discussion on the worth of attending law schools outside of the top tier. (If you missed this – see my posting on the issue of the monetary value of a law degree.)
I also want to add something I forgot to post yesterday that the admissions rep at Harvard Law School said – something I totally agree with and that I believes puts a lot of this discussion in perspective — When asked how many of the applications she reads are “quality applications” she responded: “90%” She said she used to feel badly about dashing people’s dreams , but then she realized that all of these people are going to fine law schools and they will have amazing careers. What does this mean? There’s not just one way to achieve your goals. And here’s Shirley’s opinion on the topic:
It’s hard to imagine that a year ago I was in your position, debating whether I should apply to law school with my less than stellar LSAT score.
I attended an ivy-league university for undergrad. After graduation, I took a year off and paralegaled at a top-tier NY firm, where I was surrounded by lawyers who got their JDs from Harvard/Columbia/Yale/Georgetown. I knew the value of a name brand law school and pretty soon it was ingrained in my mind that if I went to any law school other than the T-14, I would not be getting a $160K/year job.
I took the LSAT twice (got the same miserable score both) and cancelled a third time. I felt dejected. Despite my pretty decent undergrad GPA, I knew that I would not be getting into a T-14 school no matter how hard I tried. The best schools I got accepted into were Boston College Law School and then off the waitlist at Washington and Lee. I knew W&L was in the middle of nowhere and wouldn’t translate well if I wanted to go back to NY.
I visited BCLS (and honestly, at the time I didn’t know the difference between BC and BU). During Admit Day, I fell in love with the people there. Everyone I met was friendly and seemed very genuine. I knew they had a very strong reputation in Boston and that it would be very doable for me to transfer back to NY from Boston. I decided to go. I remained extremely worried that I would be racking up lots of debt with no payoff. Everyone also told me that since I wasn’t going to a top tier school ( e.g. see above list), I would need to be literally at the top of my class to compete with the Harvard kids.
This past summer, I interned for a federal district court judge in the Massachusetts District Court. I finished pretty well in my class (nowhere excellent, but decent). I wrote onto a journal. I recruited in both NY and Boston. At the end of September, I had offers from two of my first choices– both of which are nationally ranked in the top 15 by Vault and ranked in AmLaw’s A-List as well as the AmLaw 100. Both are firms I thought I would NEVER get into b/c I went to BCLS and because quite frankly, most of the people going to these firms ARE from the T-14. A lot of where you end up is what you put in.
I know classmates who were bottom 50th percentile, but had strong work experience that helped them get BigLaw jobs. Others just did really well in law school, but they came in with weaker undergrad degrees. It all depends on what you have to offer. Yes, my ivy league undergrad helped. My internship with the judge helped. If you are determined to do well, you will. I know friends who are at USC and Georgetown (much higher ranked schools than BC) who cannot get a job b/c they performed poorly in law school.
One last thing– your LSAT is not indicative of how you will do in law school. Most of my friends on law review (top 10% of the class had LSAT scores below the 25th percentile). Law school is about having a good work ethic and discipline. The main point is, if you are going to law school b/c you don’t know what else to do, then you should probably think about it long and hard. However, if you think the law is something that will challenge you and you know that you’re going to put in the time and effort, then it’s a good option. No matter where you go, you will have to do decently.