Wow. It’s been a busy month at LSAC. I went on vacation to celebrate my 15th wedding anniversary and then all hell broke loose. But it’s good news for applicants all around. First, there is now no longer a restriction regarding the number of times you can take the LSAT. Take it as many times as you wish! Second, in 2018-2019 there will be 6 opportunities to take the LSAT! That’s right- 6 instead of 4!

Here are the dates:

More opportunities to take the LSAT is good for applicants, but there will be less time to prepare between each test, so people may need to plan ahead and register for the next exam just in case they decide to re-take the test after seeing their score.

Also, the first digital version of the LSAT was tested this month. It wasn’t scored, but other than some uncooperative tablet stylus functioning, people had good things to say. Hopefully the LSAT will be joining us in contemporary times soon.

Of course, all of this happened after I’d finished recording the audio version of the 3rd Edition of The Law School Admission Game, due to be released in a few weeks! Watch for free releases of segments of the book on podcast during the month of June, and the print and e-book versions to be released in Mid-July. 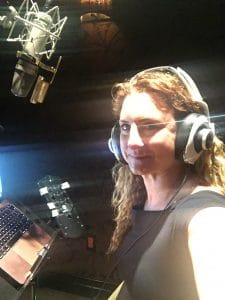 11 thoughts on “Big LSAT Changes Ahead!”